The U.S. Chamber of Commerce has shocked the global warming debate by its formal call to hold a public global warming trial to decide on the “evidence” that
mankind is driving a climate catastrophe. The Chamber seeks to have a complete
trial “complete with witnesses, cross-examinations and a judge who would rule,
essentially, on whether humans are warming the planet to dangerous effect.” Some are referring to the potential for a global warming trial as the “U.S. Chamber
of Commerce wanting to put AGW (anthropogenic global warming) creationism on trial.” Brenda Ekwurzel of the environmental group Union of Concerned
Scientists, is discouraging the idea of a trial. This is the same Ekwurzel who
claimed global warming made it “less cool” this summer. (...) More
significantly, it is the same Ekwurzel who badly lost a public debate over
man-made climate fears in 2007. 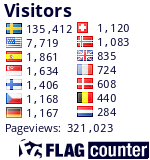